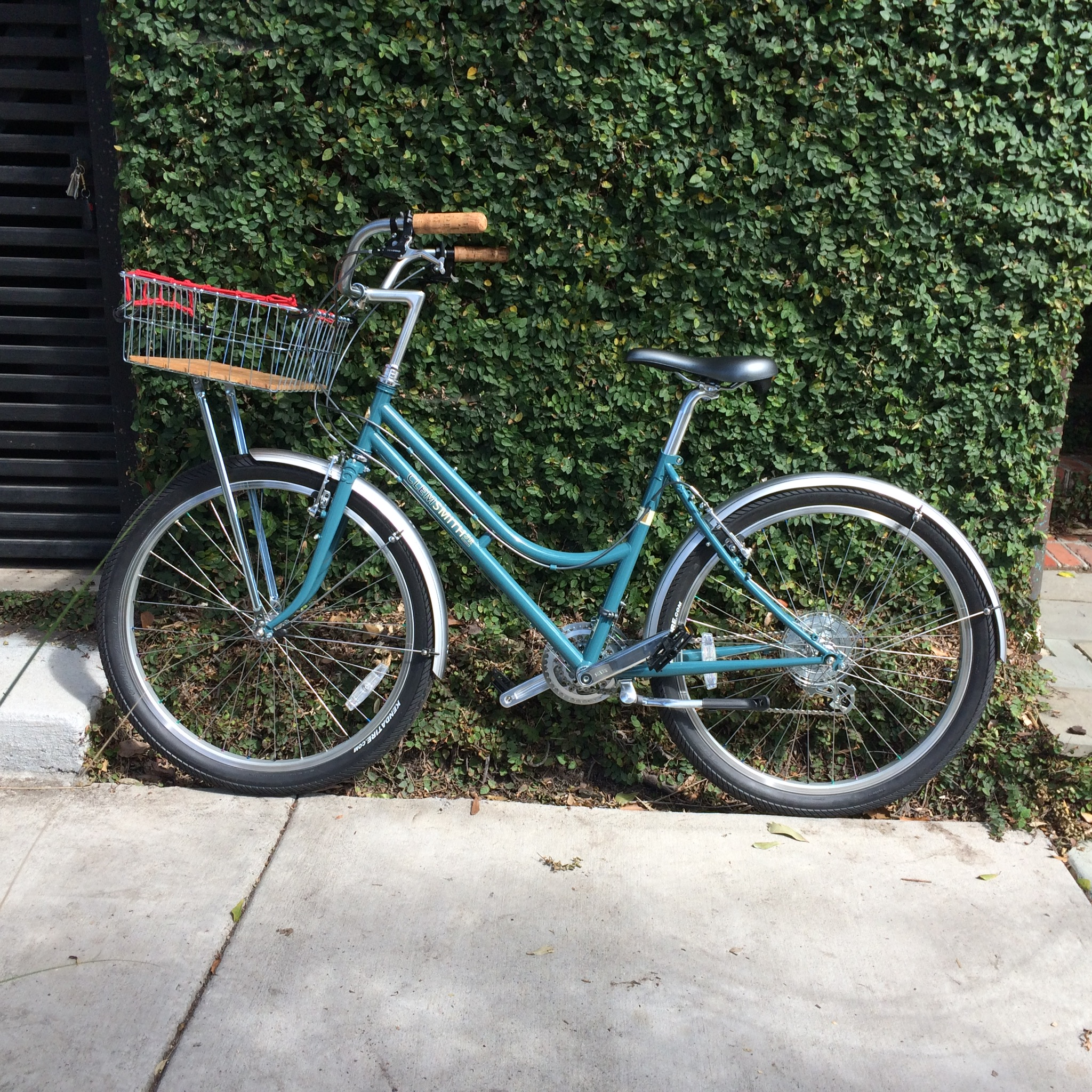 Are there real world examples that demonstrate a higher return on investment (ROI) for taxpayers when cities choose people over cars in their transportation decision-making? In our blog post Transportation Values we established that a set of livability parameters could responsibly be used by local officials to gauge priorities for transportation projects: (1) the potential for the project to build communities through access; (2) resiliency of the infrastructure; and, (3) promoting modes of transportation that are alternatives to private automobiles. In this post we validate use of these criteria as economically sound practice for local decision-makers and stakeholders.

The October 2016 release of the research report Active Living Environment in U.S. Communities, part of the Gallup-Healthways State of American Well-Being series, demonstrates that communities that invest in bike paths, parks, walkability, and public transit have significantly improved health and well-being. The report shows strong correlations between bicycling, or walking, and health factors such as lower rates of obesity, diabetes, high blood pressure, heart attack incidence, and smoking. Furthermore, the report outlines basic best practices so that decision-makers can effectively execute projects that: (1) make healthy choices by individuals easier and safer; (2) encourage outdoor physical activity; and (3) develop stronger social networks through housing diversity and mixed use development. More information and a download link to the report are available here.

Critical to the success of infrastructure investments when created to accommodate bicycles, walkers, and public transit is taking a “systems,” or holistic, approach to enhancing safety within the design of the infrastructure itself. Seattle’s recent adoption of lower speed limits citywide, along the lines of the UK campaign “20 is Plenty,” marks significant recognition by a U.S. city in this initial step toward safer streets.

Beyond this simple change is the configuration of roadways themselves. A recent blog post at BikeLaw.com relates the Columbia, South Carolina, story of a crash by a state Department of Transportation [sic] truck into a house along a road where lane widths encourage driving at speeds in excess of 40 mph, all within 15 feet of the houses. This kind of dated infrastructure design leads to crashes. Federal safety guidelines have changed from the 1969 criteria that led to this configuration, and updates to this road could provide the same capacity at lower speeds, add protected bikelanes, and ensure a safer neighborhood environment without changing the overall right-of-way width.

Many cities and communities have adopted the Swedish concept Vision Zero, aimed at reducing traffic fatalities to “zero,” through the use of traffic calming, well-marked crosswalks and pedestrian zones, as well as separated bike lanes. These features can minimize the 90% of fatalities that are the consequences of human error. Success in the implementation of this strategy in the US is measurable with reductions of traffic fatalities of 43% in Minnesota, 48% in Utah, and 40% in Washington State.

For most U.S. applications, successful implementation of Vision Zero requires a three-pronged approach that includes “Engineering” that puts people first, “Education” that aligns local neighborhoods and residents with the project expectations; and, “Enforcement” that focuses on intersections and street corridors with high crash rates. While this three “E” approach is critical, some neighborhoods have been resistant to the “Enforcement” component, citing the potential to profile African Americans and inequitably target low-income communities. In this CityLab article, Leah Shahum, founder and executive director of the Vision Center Network, stresses “…enforcement is, and was always, meant to be a secondary and complementary to engineering, and that additional traffic enforcement is never supposed to occur without intensive community engagement….No amount of police presence can overcome road designs and policies that simply don’t work well enough.” San Francisco has elected to include a fourth “E” Equity, and focuses enforcement strictly on the factors that lead to fatalities, such as speeding, red-light running, or failure to yield, by using cameras to equitably enforce laws. It should be noted that, unfortunately, cameras are not allowed to monitor speeding or red lights in some states, including South Carolina.

Many communities are finding that the ability to build more roads or expand existing corridors is increasingly difficult, expensive, and, frankly, unsustainable. Many are looking at public transit options in a nod to the changing attitudes toward driving especially among people under 35 years of age. Traditional bus systems are seldom seen as the panacea and are often considered both unreliable and uncomfortable. Some cities have looked at trolley systems and light rail, both being among the most expensive public transit options out there, with neither addressing all of city transportation issues. Bus Rapid Transit (BRT) is often seen as a more reasonable and flexible option with designated lanes and timed traffic signals, as well as being faster, more comfortable, and more reliable than buses. For this reason BRT has found many supporters across the nation. Regardless, most fixed-route systems also require last mile/first mile infrastructure development including parking and connections to outlying and sprawling residential areas. A good take on the pluses and minuses of these various options as they played out in Dallas can be found here.

More interesting, exciting, and cost-effective are the options for public transit presented by ride-sharing services and autonomous (self-driving) cars, trucks, and buses. While the practicalities of autonomous vehicles may be a decade or more away, private ride-sharing services such as Lyft and Uber have become well established in many cities, including smaller ones like Charleston, South Carolina. In dense urban environments Uber Pool and Lyft Line provide options for “sharing your ride-sharing ride” to lower the cost per passenger. (Listen in on a sample commute via UberPool at Science Friday here). The rise of ride sharing services brings us to its emergence as a public transit option.

After funding for an on-demand bus system fell through (a twenty-year fight), Frank Martz, city manager of Altamonte Springs, Florida, was desperate to find a cost-effective means to offer public transit in this community north of Orlando and transform it into a thriving, walkable destination. Knowing that some Silicon Valley companies offered on-demand transportation such as he envisioned, he decided to consider the possibility of subsidizing car-sharing as a logical option to complement existing fixed-route transit especially into sprawling suburban precincts. He approached Uber in November 2015 with the idea, and by March 2016, an agreement was struck and UberX:Altamonte was launched as the nation’s test-case of the future of public transit. A full account of Altamonte’s story can be found here.

In the past year a number of cities, following Altamonte’s example, have been striking agreements with ride sharing services to supplement other existing or planned fixed-route mass transportation systems, ostensibly for the first mile/last mile connections of commuters. While there remain obstacles to overcome in order to reach every rightful user, the implementation of subsidized car-sharing as a public transit option is growing at a hard-to-ignore pace. In September 2016 the Transit Center, a foundation that works to improve urban mobility, rushed to publish an initial comprehensive resource Private Mobility, Public Interest, recognizing some of the pitfalls that had been exposed by Altamonte and other early adopters of carsharing, bikesharing and on-demand transit: use and availability of data; reaching disadvantaged users without smartphones or credit cards; and, overcoming barriers for riders with disabilities. The publication provides public agencies with guidance to aid in the development of the next generation of public/private partnerships in this mobility arena.

Autonomous (self-driving) car tests in Pittsburgh and in the San Francisco area show promise and suggest a significant, even historic, shift in the transportation – and urban planning – paradigm. These recent articles in The Economist, Mother Jones, and New York Magazine, provide a snapshot of how 20th century sci-fi visions may spell our near-future reality. It is no question that getting ready for this shift is mind-boggling given the potential, even probable, impacts on parking, affordability, and many other facets of our lives.

The bottom line for public officials and taxpayers is that transit options have never been as economically viable as they are today. Federal safety guidelines allow many existing roadways to simultaneously accommodate cars and other modes of transportation at little cost. The increased safety, broadened community access, and public health paybacks make resistance to these investments seem both foolhardy and ill advised. The opportunity to reduce congestion, with nominal investment in the launch of a public/private partnership with ride-sharing services, and as a complement to existing fixed-route transit, is a no-brainer.

Do these options pass our 3-question “test”? Let’s see – Building community through access (check); Resiliency through flexibility (check); Transportation alternatives (check). What are you waiting for?