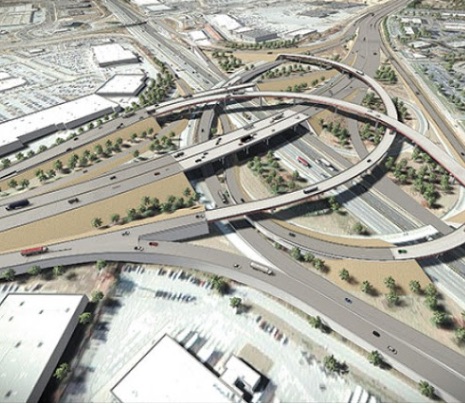 The recently published book The Underground Railroad by Colson Whitehead is every bit the Swiftian journey the Wall Street Journal’s book reviewer suggests – taking the reader on a tour through various vignettes of abuse and humiliation directed at the black “slave” for well over 300 years. The recollection is one of sur-reality and horror where the “peculiar institution” of slavery mutates and is metastasized in ways that subject the reader to levels of discomfort that clearly undermine the romanticism and nostalgia of the plantation mythology.

The reality is far more insidious than even this book suggests. The eminent Duke University historian Peter H. Wood traces the beginnings of slavery in North America to the early 17th century. This astute, pointed excerpt at the online magazine Slate is revealing in how the mindset of opportunism – a characteristic well known in the Charleston region – meant that the notion of “freedom,” embedded in English law at the time, was transformed at the whim of the slave trade, including among the plantation owners. Various avenues that generally gave rise to freedom of indenture, such as heredity and religious conversion, were set aside as the market-driven economy of slavery prevailed and ingrained itself in the psyche of the, particularly southern, colonies. Wood’s research suggests that the Civil War’s outcome, had it prompted a kind of “truth and reconciliation,” such as occurred in post-World War II Germany and following the end of the Apartheid era in South Africa, might have created a New World setting far richer in possibilities for many more of its residents.

What might have happened? Jonathan Green in his set design for the recent Spoleto USA production of Porgy and Bess suggested an alternative visualization of Charleston if the African Americans had been immigrants free upon arrival. The current exhibit of work of the Atlanta-based artist Fahamu Pecou at the College of Charleston’s Halsey Institute of Contemporary Art recalls a similar strategy of reinterpreting and incorporating the African community’s history and imagery in ways that question the called-for normalization of race as one embedded in, rather than distinct from, the surrounding culture. Yet, no amount of assimilation will absolve the abuses of power.

Ta-Nahesi Coates in his “Case for Reparations” in The Atlantic demonstrates a well-founded, strident posture on the ways in which the black race has been distinctly set apart, disallowed, or put down – not because of class – but because of the color of their skin – and denied benefits that were apportioned to whites throughout the history of North America, and specifically in the years immediately following World War II. The inescapability of skin color remains a stubborn symbol of fear and hatred as he confirms in his 2015 National Book Award winning Between the World and Me.

One particularly insipid aspect of racism and its guises has been entwined with the 20th century transformation of the American transportation system and its unequal impacts on African American neighborhoods and communities. Following World War II and with the rise of predominantly white suburbia, the federal government began an era of significant infrastructure construction that included the interstate highways and the increasing establishment of limited access “freeways” [sic] to connect suburbs to downtowns. The routing of these roads, implemented by locales but essentially funded by the federal government, became a mechanism to clear what euphemistically were called “slums” and “blighted communities.” The result was a dissection of established working class, predominantly African American, neighborhoods and a growing isolation of these once thriving communities. This overview at the Federal Highway Administration includes this sad chapter in history; and, the journalist Alana Samuels provides another interesting overview of this practice.

A closer scrutiny of how these policies played out in smaller cities, such as Charleston, South Carolina, illustrate how racial prejudice influenced road and bridge building. Bike Law’s Peter Wilborn writes in this recent blog post on a desire by local white leaders to isolate and dissect African American neighborhoods in Charleston by way of road construction. He notes what attitudes shaped the form and function of the Charleston region’s infrastructure. Among other points in this post (written in response to concerns surrounding a pending vote on the development of a bike/pedestrian crossing of the Ashley River), Wilborn states that we must recognize that “…our transportation policies are vestiges of “white flight”; and, in the case of the bridges that pre-date the 2005 completion of the Ravenel Bridge across the Cooper River,”…uncrossable bridges were used to justify segregation.”

While you may not have to accept Wilborn’s premise, you really only need to have a conversation with an African American who grew up and lives in Charleston to learn the realities of their alternative history of the area. In our Small Talks Big Ideas radio interview with Ray Huff, a noted architect as well as the Director of the Clemson University Center for Architecture in Charleston, we were happy to learn of ways that were being considered to reconnect the neighborhoods of Charleston via bike lanes and projects such as the “Low Line” park and the new medical district planned cooperatively by the MUSC and Roper Hospitals. On the other hand we also learned how the 1964 routing of the “Crosstown” (US Highway 17) through the peninsula, not only deliberately severed decades old African American neighborhoods, but took a specific jog so that the construction would eliminate the home of the local leader of the NAACP. What Ray Huff proposes at this point in time is: (1) to determine how we can re-engage the communities that have been left out; (2) how can we re-connect the African American community into the conversation; and, (3) how can economic opportunities benefit the African American community if and when these wounds in the city fabric can be healed.

Anthony Foxx, former mayor of Charlotte, and current US Secretary of Transportation strikes a similar chord to that of Huff. His experience growing up in Charlotte likewise has him as a witness to the destruction of his own neighborhood due to the construction of elevated highways connecting suburban areas of the city to downtown. In his current role as chief at the USDOT he has been instrumental in shifting the conversation away from the mere accommodation of cars, to connecting and re-connecting people within our communities. He has broadened the conversation further through programs such as the Smart Cities Challenge where cities sought ways to incorporate technology to better utilize federal transportation resources. And transportation projects are increasingly required to consider the long term consequences of climate change and rising sea levels to justify the extraordinary costs of these investments. No resiliency planning = no funding.

In addition, cities and regions must consider how to shift focus from an over-reliance on private automobiles to equitably providing transportation alternatives and other strategies for dealing with traffic congestion. Contributing to the local “crisis of congestion” is the fact that more than 80% of the cars on the roads in Charleston carry  only one passenger. Recent trends in transportation system planning have determined that cities should shift their focus from the concept of mobility to the concept of access to opportunities.

Considering that the current generation of young people (ages 18-35) are less interested in driving, it seems reasonable to direct resources to more efficiently serve the greatest number of people – connecting them to each other, to their jobs, to their schools, and to the places where they want to spend their leisure time. As younger generations locate in more dense urban neighborhoods, an ongoing ongoing displacement of African Americans from urban neighborhoods has also occurred. This displacement has tended to isolate these communities further due to the lack of investments in infrastructure overall, especially in public, mass transit systems. A failure of our governments – at every level – to make these investments is compromising the quality of life for everyone, but there are possibilities that most should be able to agree upon.

So, the shape of local transportation policies requires:

Food for thought – The journalist Sebastian Junger may be best known for his book The Perfect Storm and his reportage in Afghanistan, but his most recent book is called Tribe. In it he considers the shape of values that constitute our communities, and how a strong community has significant benefits – such as fewer cases of depression and PTSD – beyond what might be obvious. In a recent interview on the radio show Live Wire Junger remarked that, while changing things might be highly unlikely, the biggest obstacle to stronger community is the car.
[1]