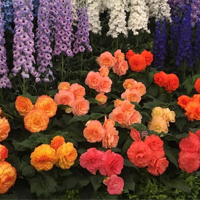 Spring tends to be the showiest time of year in the South – verdant & emerging green, wild pink & white blossoms, and the collapse of last year’s marsh grasses. The fragrances of first blooms intoxicate. A city like Charleston shifts gears as raucous students largely leave for summers elsewhere, and tourists begin their pilgrimages to beaches and festivals. The burdensome humidity has not washed out the sky’s vibrant blue. People emerge from their wintry [sic] cocoons, wielding hoes, shovels, and gardening gloves; kicking their less-than-swimwear-perfect bodies into gear through bicycling and running; seeking restaurant patios; or, joining the company of friends and families for this inaugural season of the grill. The seasonal transition when more time is spent outdoors highlights the importance of public space, especially parks, in our cities and towns.

The Trust for Public Lands recently published the latest edition of ParkScore, ranking the park systems in 100 municipalities in the US. The ranking evaluates three aspects of public park facilities: (1) Park size as a percentage of city area and median park size; (2) Investment including spending per resident and amenities (like playgrounds and dog parks) that expand the breadth of users; and, (3) park access due to how many residents live within a 10-minute walk of a park.

You may recall a little history on playgrounds in our blog post Playgrounds & Imagination. Charleston’s parks and public spaces correspond with the city’s early history with Washington Square opening in 1818. A wave of public parks came into being during a national “parks” movement between 1900 and 1910. Charleston’s Hampton Park, as it is now known, was created during this period on land that was previously the Washington Race Course of the South Carolina Jockey Club, then the location of an open air prison for captured Union soldiers, and eventually the location for the South Carolina Inter-State and West Indian Exposition of 1901-1902. Important to recognize with this history, however, is the caveat that the vast majority of early “public” parks is that they were segregated, limited to use by whites, until the Civil Rights era in the late 1950s.

A number of Charleston’s parks were either renovated or came into being through funding from the federal government. Congress created the Land And Water Conservation Fund (LSCF) in 1965, to invest earnings from offshore leases for oil and gas exploration to safeguard natural areas, water resources, and our cultural heritage, and to provide recreation opportunities to all Americans. In the past 50 years, the federal government’s LWCF has provided more than $16.7 billion through more than 40,000 grants to state and local governments. More than 75% of the total funds go to locally sponsored projects for close-to-home recreation opportunities, such as playgrounds, ballparks, soccer fields, and tennis courts.

All states must develop a statewide recreation plan every five years as part of the qualification process associated with applications for funding of projects. The Tennessee Department of Environment and Conservation created its Tennessee 2020: Vision for Parks, People & Landscapes, a set of the state’s priorities for use of these federal funds. Its series of recommendations are substantiated through the results of public hearings as well as additional data gathered by the University of Tennessee’s Human Dimensions Research Lab. UT’s research established that support of the general public was significant and therefore, provided a basis for Tennessee’s state legislature to continue its funding support (partly matching the funds from LWCF) of public recreation resources across the state.

Further confirmation of the importance of parks can be found a little closer to home in the neighborhood that surrounds DeReef Park in Charleston. When the City struck a deal allowing homes to be built in the area – thinking that a new park located a mile away was a suitable alternative – neighborhood residents filed a lawsuit. The basis for their argument was that the park as recreational space received money from the Land and Water Conservation Fund. Several groups, including the National Park Service and the Gullah Society, have been working with the City to finding alternative park space in the vicinity to compensate the neighborhood for this loss. The lawsuit dates from 2013 and has now been resolved (here) with some decisions remaining on how to utilize the property that has been secured adjacent to the parkland. More can be learned of the history, the lawsuit, and importance for the neighborhood of this particular park here and here.

On a more festive note, this year marks a significant moment for Charleston’s city parks, the tenth anniversary of the Charleston Parks Conservancy – my, how time flies.  In a recent interview with Conservancy Executive Director Harry Lesesne, we learned how the organization has grown and evolved from just a kernel of an idea that originated with philanthropist Darla Moore. With the successful completion of renovations to Colonial Lake in the past year, and its squads of citizen “Park Angels” – who can be seen weeding and planting in many city parks – the organization is now beefing up its staff to provide more robust organizational support, increasing its capacity in horticulture, and developing more programming in area parks. Look out for food truck rodeos, movies, concerts, and other seasonal events. This bumped-up capacity spells potential for collaboration with other organizations on park events. If you missed our earlier blog on the Conservancy, you can check it out here.

Community gardens have become a huge boon for the Conservancy with a variety of opportunities in several city parks – Magnolia Park, Medway Park, and Elliotborough Park. Lengthy wait lists exist for the 150 community plots. Each park also includes community garden beds dedicated to local food pantries. School children are involved in these efforts, including students from James Simmons Elementary School who work with the Green Heart Project at community gardens near Enston Homes.

The Parks Conservancy is also stepping up its game with other collaborative possibilities. The local arts organization Redux Studios is celebrating its new digs on Upper King Street, and taking substantial root in the community (more on this coming up soon). The synergy of these two organizations will be broadly felt later this year with the first in a series of temporary installations in Charleston’s Parks (here), launched in collaboration with the City of Charleston Department of Cultural Affairs and Artfields.

As the Parks Conservancy grows, people in Charleston will have more opportunities to become involved in their neighboring parks and strengthen their communities. Ultimately, it all makes a greater city to be enjoyed by all. At TEN, the Parks Conservancy is broadening its programs and creating a bigger vision for the future. Bravo!!!