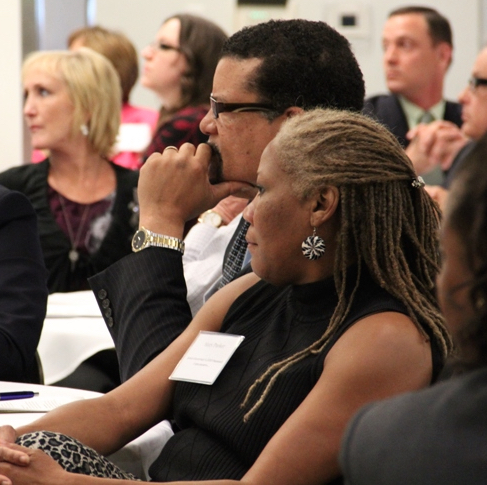 Gated communities, ghettos, and gentrification represent a perversion of the diverse spectrum of housing options that city advocates call for today. Ta-Nehisi Coates in his startling, yet brilliant, expose’ in The Atlantic “The Case for Reparations,” raises the bar on the discussion of “fair housing” with regards to African Americans who have been denied the opportunity for inclusion in the postwar rise of the middle class, pointing to past lending and real estate practices such as loans through the GI Bill, which would have provided home ownership to many African Americans returning from service in World War II, and red-lining. The resulting lack of diversity in many cities raises the question of what benefits can be enjoyed when Diversity is celebrated and encouraged.

In our research of metrics related to quality of life, leading to our creation of IfYouWereMayor.com in 2014, Diversity has consistently been a key factor in a city’s “livability index.” It is not easy to define, but relates to how well a community fosters social interactions, or “capital,” to reach its maximum potential. The sociologist Zachary Neal published a study last year that speaks to the balance needed between “bonding” social capital – the type found in tight-knit communities – and “bridging” social capital, where different communities and individuals interact and establish relationships to the benefit of the whole. Richard Florida has argued (here) that the lack of diversity in tight-knit groups can stymie innovation and that only by virtue of the interaction between groups can cities form the basis for innovation and prosperity. However, Neal’s research illustrates a more nuanced and mutualistic relationship between these two types of social interactions, and establishes the basis that: “The ideal community is big and diverse, but feels small and familiar.”

And there are real dividends when diversity is allowed to flourish. As early as 1782, the United States was referred to as a country where the people are “melted” into one harmonious culture – the great melting pot. More recently, this metaphor of assimilation has evolved to one of cultural pluralism or multiculturalism – a vast mosaic or kaleidiscope. From the onset of its founding, this diversity has always been considered one of our country’s greatest strengths.

In a recent article in the New York Times, researchers Sheen Levine of the University of Texas and David Stark of Columbia University point to their research on the presence of minorities in university settings, supporting the notion that “diversity improves the way people think.” The article continues, “By disrupting conformity, racial and ethnic diversity prompts people to scrutinize facts, think more deeply and develop their own opinions…. Diversity benefits everyone, minorities and majority alike.” It is not hard to imagine that our schools and universities are microcosms of our cities, and by extension, it is diversity that can establish empathy and trust among different types of people, whether it is based on race or resources, to make better decisions and choices that can benefit everyone.

Beyond these social benefits, diversity also presents economic benefits. Richard Florida’s gambit on the correlation between diversity and prosperity is borne out in a study by economists for the Bureau of Economic Research, entitled “Cultural Diversity, Geographical Isolation, and the Origin of the Wealth of Nations.” Florida shares the basics of this study (here), tracing the shift of communities from the relative isolation of agricultural economies that benefit from homogeneity, to more industrialized societies where geographical openness, cultural diversity, and tolerance lead to greater success. “Proximity, openness, and diversity operate alongside technological innovation and human capital as the key engines of economic prosperity.”

Preserving diversity can be a challenge. The conundrum, of course, is the tendency of prosperity to result in gentrification, a factor that can undermine the very diversity that has enabled a community to thrive. Neighborhoods that have affordable and/or attractive housing options in proximity to vibrant urban centers are seen as the best options for newly minted individuals and families. And, unfortunately, it is often minorities or the under-represented who are pushed out.

The results can be unsettling as evidenced in the recent Guardian headline (here): “San Francisco Tech Worker: ‘I don’t want to see homeless riff-raff’.” The World Resources Institute notes (here) that cities and their citizens must learn to manage affordability and diversity to make, and keep, their cities livable. This is not an easy task and cities must be pro-active by establishing creative affordable housing options and local business opportunities. Inviting possibilities such as live/work spaces for artists, density bonuses in exchange for more affordable rental units, or business districts that foster local entrepreneurship are tools that cities have utilized to great success throughout the US.

But, residents who can feel threatened by change often create insurmountable pushback, widely known as NIMBYism –“Not In My BackYard.” It’s visible in Mt. Pleasant where residents have rejected planning initiatives that could foster affordable housing through more dense development; in the bad blood that surrounds the redevelopment of the Sergeant Jasper; and, to a lesser degree, in the outright suspicion of the “gathering place” concept on James Island.

More success can be found if local residents are allowed to evolve their opinions along with the concepts initiated by developers or civic leaders. Lowcountry Local First went straight to the Cannonborough/Elliottborough neighborhood to float the idea of a pilot project to foster local independent businesses (here). The success of West Ashley’s Avondale neighborhood began as a grassroots initiative to create a lively, identifiable district as a viable and affordable counterpoint to downtown Charleston. The residents and merchants want to build on that success with support for the arts and culture and are hopeful that there are moves afoot for just such a plan. Avondale residents’ wisecracking swagger as the city works to foster the same kind of potential at the intersection of Dupont and Wappoo – Du-Wap – is worth following on Facebook.

Appreciating the payoff in diversity is paramount to a successful city but it requires that everyone participate in the process. With that scenario, a win-win can be on the books.